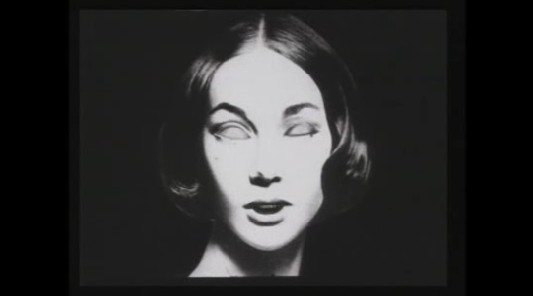 Stan VanDerBeek (1927–1984) studied art and architecture first at Cooper Union College in New York and then at Black Mountain College in North Carolina. VanDerBeek’s career spanned about a third of a century. His earlier compositions are in the spirit of the Surrealist and Dadaist collages. However his experiments were driven by a differently pragmatic agenda, VanDerBeek aimed at a radical, political and critical aesthetic.

The technological explosion of this last half-century, and the implied future are overwhelming, man is running the machines of his own invention... while the machine that is man... runs the risk of running wild. Technological research, development, and involvement of the world community has almost completely out-distanced the emotional-sociological (socio-"logical") comprehension of this technology. The "technique-power" and "culture-over-reach" that is just beginning to explode in many parts of the earth, is happening so quickly that it has put the logical fulcrum of man's intelligence so far outside himself that he cannot judge or estimate the results of his acts before he commits them…

Throughout his career VanDerBeek collaborated with the likes of Claes Oldenburg, Allan Kaprow, Merce Cunningham and Yvonne Rainer. These associations lead him to experiment with what media-arts theorist Gene Youngblood proposed as ‘expanded cinema’. This form of cinema is exemplified by the development of new kinds of viewing spaces, like VanDerBeek’s own Movie Drome - a dome he designed for film screenings in Stony Brook, New York which consisted of a multi-projection apparatus for the staging of events and ‘Vortex-Concerts’ at which random image sequences were presented.

At the same time, VanDerBeek continued experimentation in dance film, painting, Polaroid photography and architecture. In the 1970s he went on to design global fax murals, steam projections and interactive television programs.

All films courtesy of the Estate of Stan VanDerBeek

A rapidly edited, surreal collage animation: “A montage of women and appearances, a fantasy about beauty and the female, a fomage, a mirage. An attire satire.” Stan VanDerBeek

A stop-motion animation, a non-verbal political satire, reflecting society, the mass media and scientific inquiry: “A social satire aimed at the rockets, scientists, and competitive mania of our time." Stan VanDerBeek

A surreal fantasy based on 15th century woodcuts of The Dance of the Dead. Cut-up photos and newsreels, reassembled into a black comedy dedicated to Charlie Chaplin and Buster Keaton.

One in a series of eight computer-animated projects VanDerBeek made in collaboration with Kenneth Knowlton at Bell Laboratories in the 60s. The results of their collaboration were a number of cathode-ray mosaics, typically brief, non-narrative and abstract. All of these films explore fragments of text, computer graphics, and in some cases combine live action with animation collage.

The Poemfield experiments signal more of a techno-Structuralist emphasis and helped forge the way for a whole range of computer-aided practices used today.

A screening of early computer animation from the 60s and 70s presented in Tate Modern's Turbine Hall, for The Long Weekend, 2008