Room 13 in Walk Through British Art

15 rooms in Walk Through British Art

In 1959, St Ives in Cornwall was becoming more widely recognised as an artists’ community. Artists there were exploring the many possibilities of abstract art. This often reflected their experience of the dramatic coastal landscape.

North American painter Mark Rothko visited Somerset and Cornwall in August 1959. This display invites you to follow in his footsteps, encountering the work of the artists he met in the west of England. At the time, Rothko was becoming established as one of the most successful painters of his generation. His visit reflected a dialogue between British and North American artists that was part of the increasingly international nature of contemporary art production.

The wind-blown Cornish landscape inspired the St Ives artists in different ways. We don’t know what Rothko thought about this coastal setting, so different from his New York base. He once told a friend that he hated nature. But he did visit an old Methodist chapel at Lelant which was for sale and considered buying it for his work. He liked the possibility of out-of-the-way places ‘where the traveller or the wanderer could come for an hour to meditate on a single painting.’

Hilton titled many of his paintings simply by the date of their completion so as to emphasise his desire that the work be seen for itself, and not in any representational way. However, by the 1960s he had developed a new kind of figurative language. In his compositions of these years abstract shapes and looping lines often suggest the presence of a figure or landscape, or both. These bold forms are obsessional, recurring constantly in his paintings. Works of this period, such as 'September 1961', are also less densely painted and more atmospheric than earlier works. This could well be the result of his growing sensitivity to his light-filled, airy surroundings.

Heron was a critic and painter who championed an approach to painting that assessed quality according to such formal values as the flatness of a composition and colour. Of his stripe paintings he wrote, ‘The reason why the stripes sufficed ... was precisely that they were so very uncomplicated as shapes ... the emptier the general format was, the more exclusive the concentration upon the experiences of colour itself.’ Heron resisted the total abandoning of subject matter and even such works as this have been seen in relation to landscape, the horizontal bands and colours perhaps suggesting the horizon at sunset.

Black had a special meaning for the artist following a brief illness in 1946 during which he was temporarily blind. He described this traumatic visual experience as 'whiteness'. In contrast black came to signify life and 'the depth of life'. Davie's usual practice at this time was to produce each painting swiftly and violently through a 'flash of inspiration'. If he was subsequently unhappy with the result he would begin again, obliterating the image with a completely new painting. Davie resisted the notion of pure abstraction and his title emphasises this. According to Davie 'here is a picture which you would call abstract but is a mirror in itself'.

The broad, gestural style of Lost Mine reflects the impact of American Abstract Expressionist painters such as Jackson Pollock, Willem de Kooning and Franz Kline, whose work Lanyon first encountered in the early 1950s. Typically for Lanyon, however, its seeming abstraction is combined with a precise external source: a tin mine in his native Cornwall that had been flooded by the sea and abandoned. The colours are both representational and symbolic. The black stands for the mine shaft and seems to signify death, the blues are the sea and sky, the red signals life and danger.

Peter Lanyon, Construction for ‘Lost Mine’  1959

This object relates to the painting Lost Mine, displayed nearby. Lanyon often used materials found in his studio to make three-dimensional constructions that helped him develop the space of his pictures. Pieces of glass stuck together with black paint and glue were especially effective, as their transparency suited the ambiguous spatial organisation of the paintings. Here, the vertical axis of the construction, coated with black, refers to the flooded mine shaft. The red pigment, also seen in the final painting, may signal danger and the loss of life.

William Scott used the traditional subject of a table-top still-life as the starting point for his paintings. The subject becomes deliberately ambiguous, however, as the composition could be seen to suggest a landscape or a figure just as much as a still life. His primary concern appears to be with the material of the paint itself. Scott saw himself as close to painting in France where, in the 1950s, there was emphasis on the materiality of the paint and the importance of the individual brushmarks. One movement of painting was called Tachisme, from tache meaning a stain or splash.

In the 1950s St Ives, a tourist and fishing town, was a centre for abstract painting. Like many St Ives artists, Feiler developed a form of painting which struck a balance between abstract form, the material of the paint itself and suggestions of landscape or nature. Close to Morvah, a village west of St Ives, are dramatic sea-cliffs and the movement of vertical elements in his paintings may refer to them. Feiler said he sought to express in paint ‘what I felt the world around me looked like’ and referred to ‘the sea and the rocks seen from a great height’.

Heron was very concerned with the formal qualities of a painting. He judged a work’s success by such qualities as the flatness of its composition and the relationship between its forms and the edges of the canvas. Here different blocks of colour appear to float. By setting those blocks within a surrounding field of yellow, he set himself the challenge of using colour, the soft edges of the blocks and their relationship to the frame to resist the illusion of space that might result.

Heron first made his name as a critic but by 1956 was well established as a painter. Inspired by his Cornish garden, Heron painted this picture during a period when he saw himself moving from representational art to abstraction. He recalled: ‘I referred to the series as garden paintings, since they certainly related in my mind to the extraordinary effervescence of flowering azaleas and camellias which was erupting all over the garden’. Though he regarded the formal qualities of a painting as paramount, he also believed in the importance of subject matter.

Shortly after he completed this painting, the artist said he hesitated to comment on it, beyond relating it to his other paintings from the same time. He did say, however, that a source of inspiration may have been his strong liking for Egyptian painted art. Although Scott had not visited Egypt at the time, he described a number of his paintings as having Egyptian references and titled some of them accordingly. While this work is obviously related to the earlier 'Ochre Still Life', also on view in this gallery, its shapes are even more flattened out and abstract and the surface texture resembles a plastered wall.

Peter Lanyon is often seen as the leading British abstract expressionist. Unlike many of his colleagues, however, he always sought to stress the fact that his paintings derived from landscapes. He painted places or, as here, the experience of being in a particular place in certain conditions. So, he used his paint to evoke the experience of being in a storm near the Cornish village of Zennor, which sits between the high moorland and the sea-cliffs.

In the 1950s Frost developed an abstract art based on personal experiences in front of nature. He moved from St Ives to Yorkshire where the majestic landscape of the Dales led him to make works that expressed his sense of the enormity of the place. Many such works have a central polygon, as here, but about this work Frost wrote that the ‘theme grew out of my experience of being in the North, the subject cannot be fixed to any one moment’.

Blow’s concern with the material of her paintings is demonstrated here by her use of liquid cement to which she added, among other things, chaff and charcoal. Her improvisatory approach links her work to what the French critic Michel Tapié called Art Informel. It is an approach she had encountered through the Italian Alberto Burri. The fact that Blow had spent several years in Cornwall close to the painter Peter Lanyon, as well as the inclusion of organic material, has led such works to be associated with landscape. 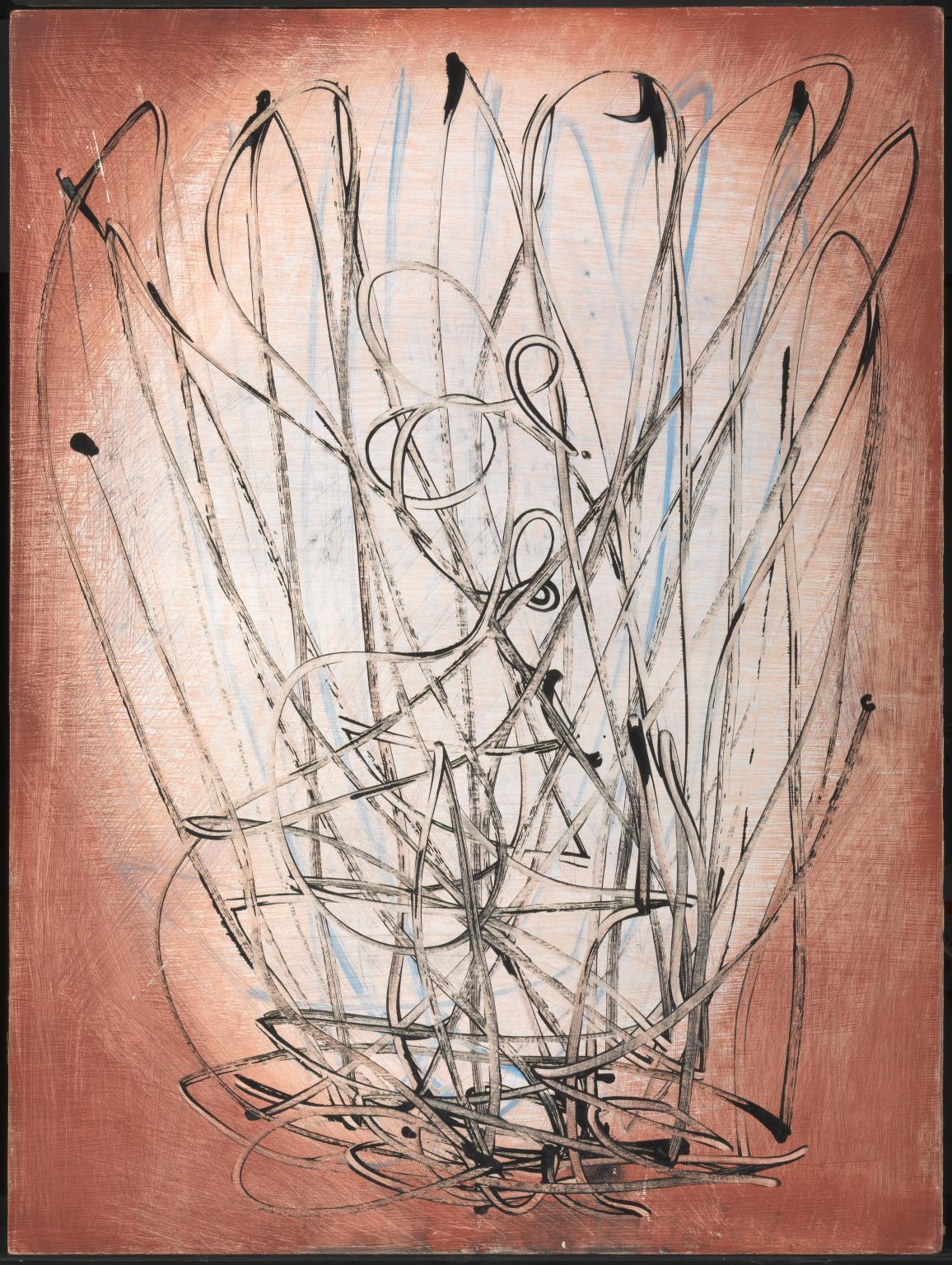 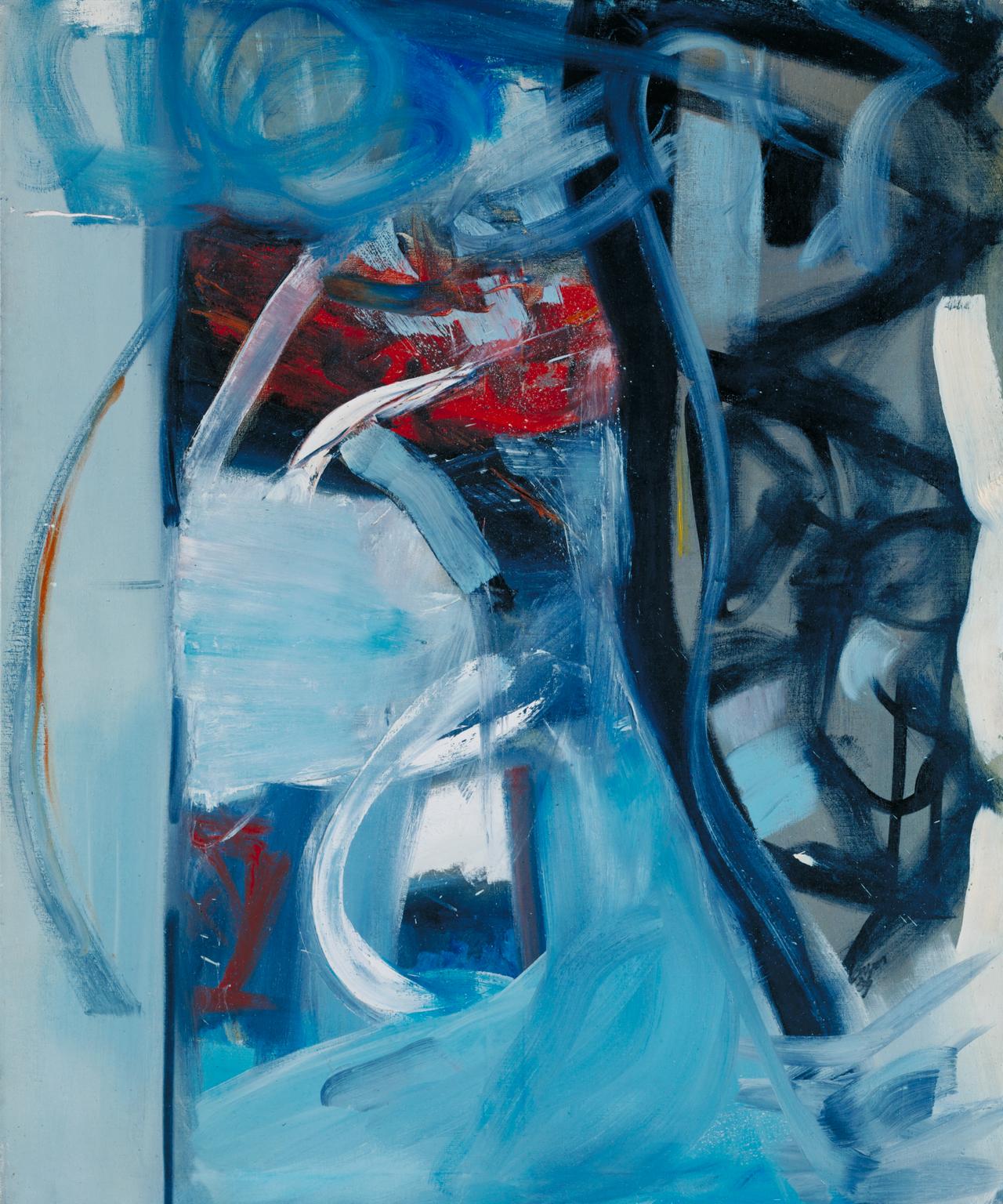 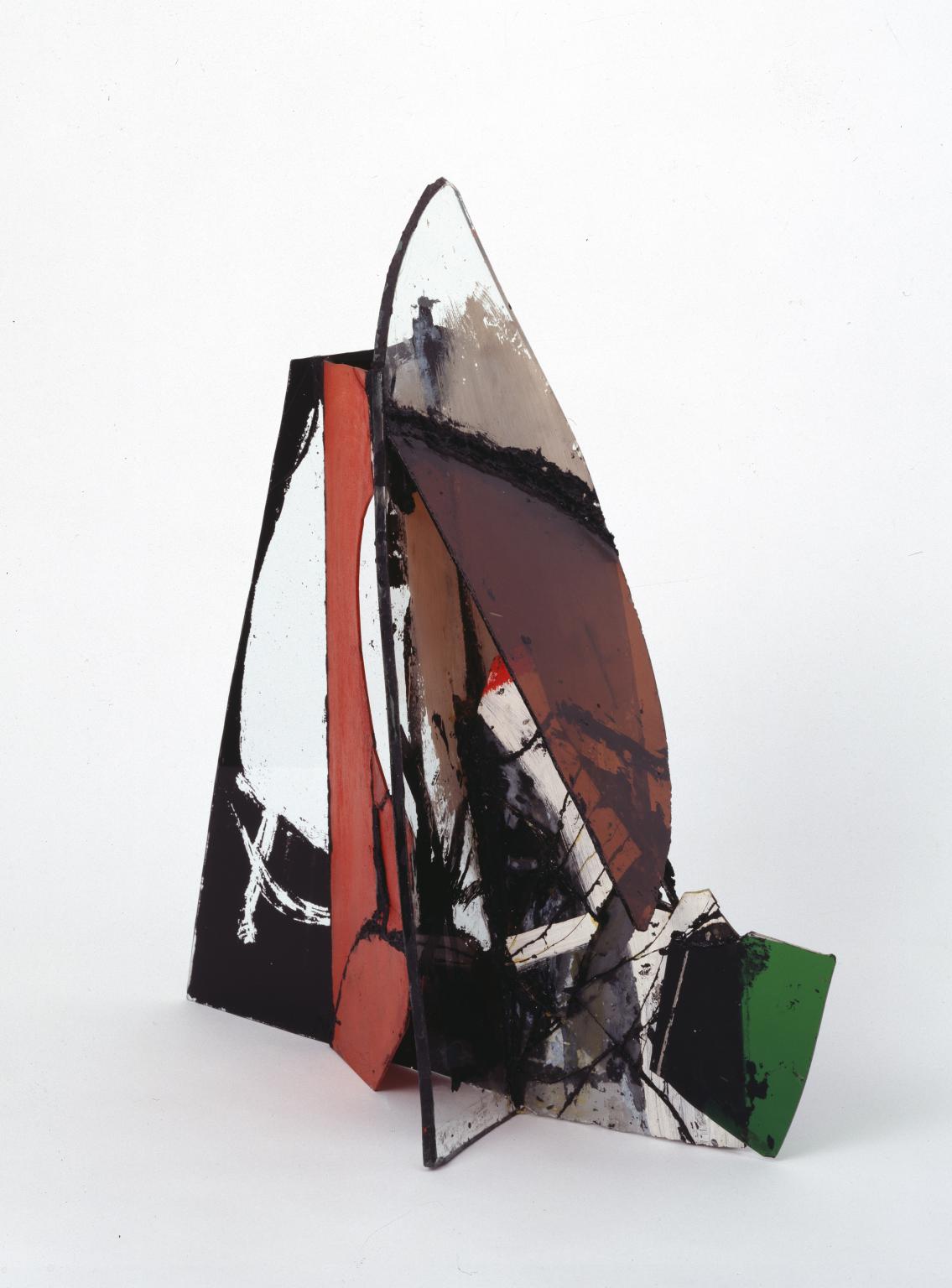 Peter Lanyon Construction for ‘Lost Mine’ 1959 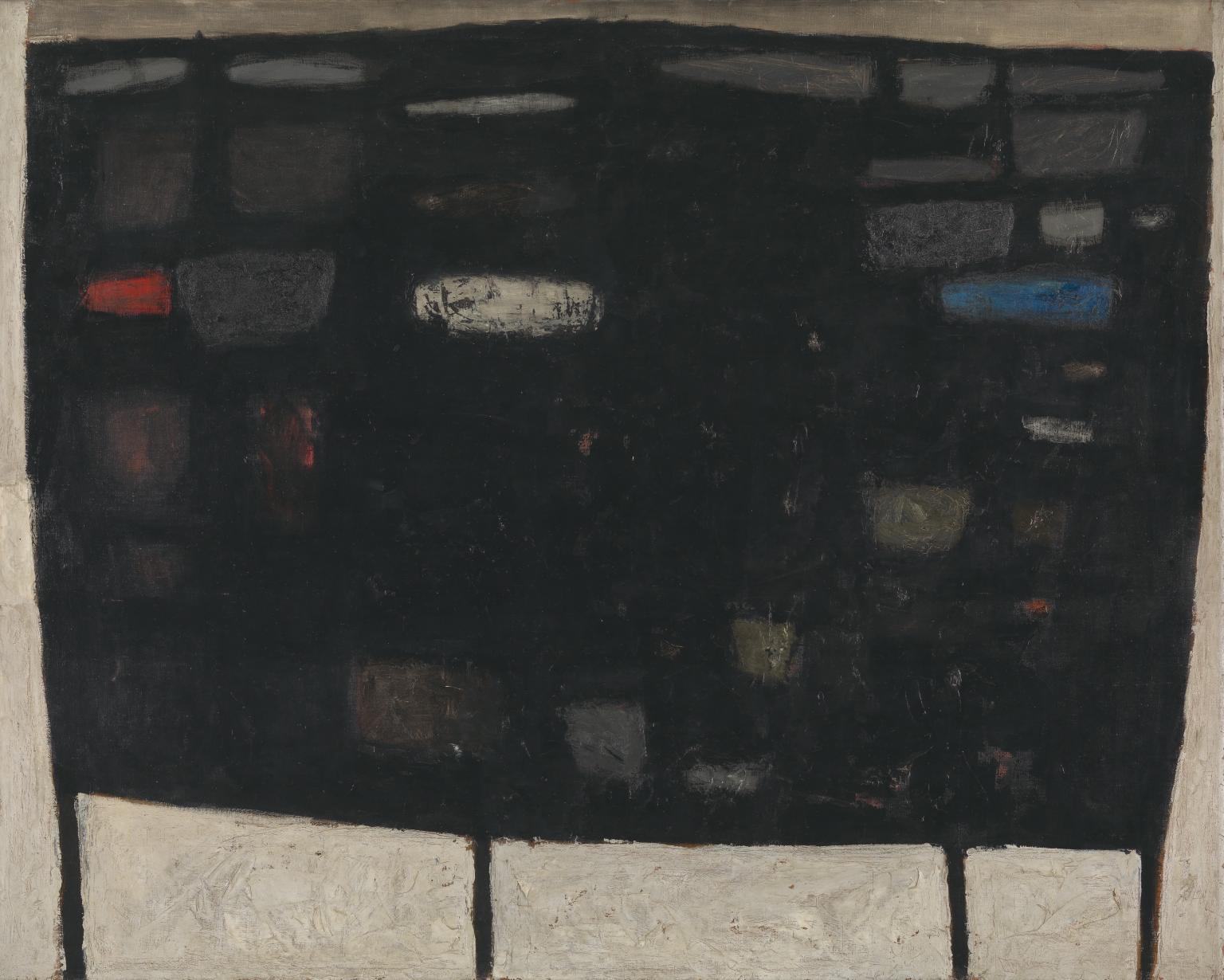 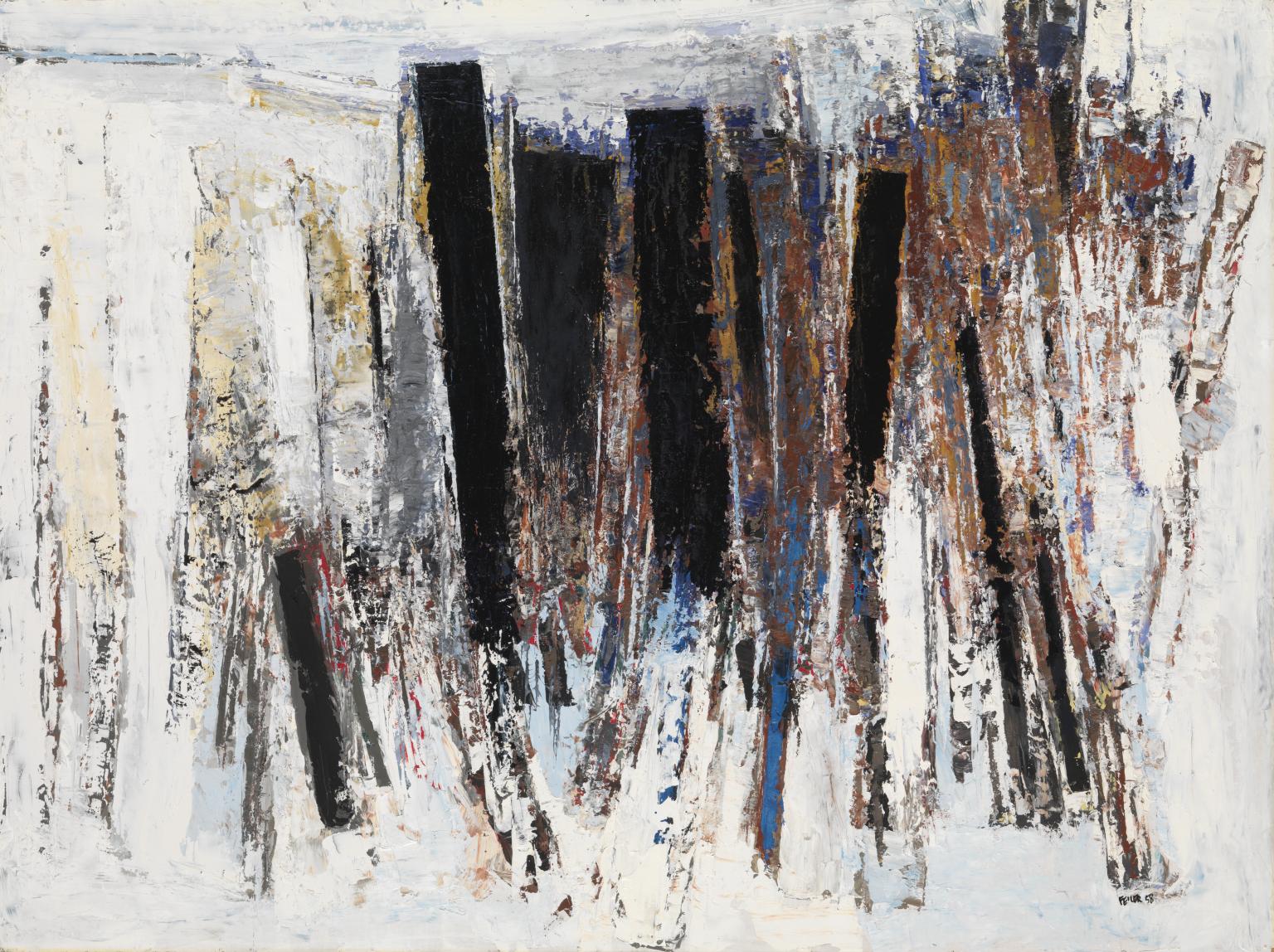 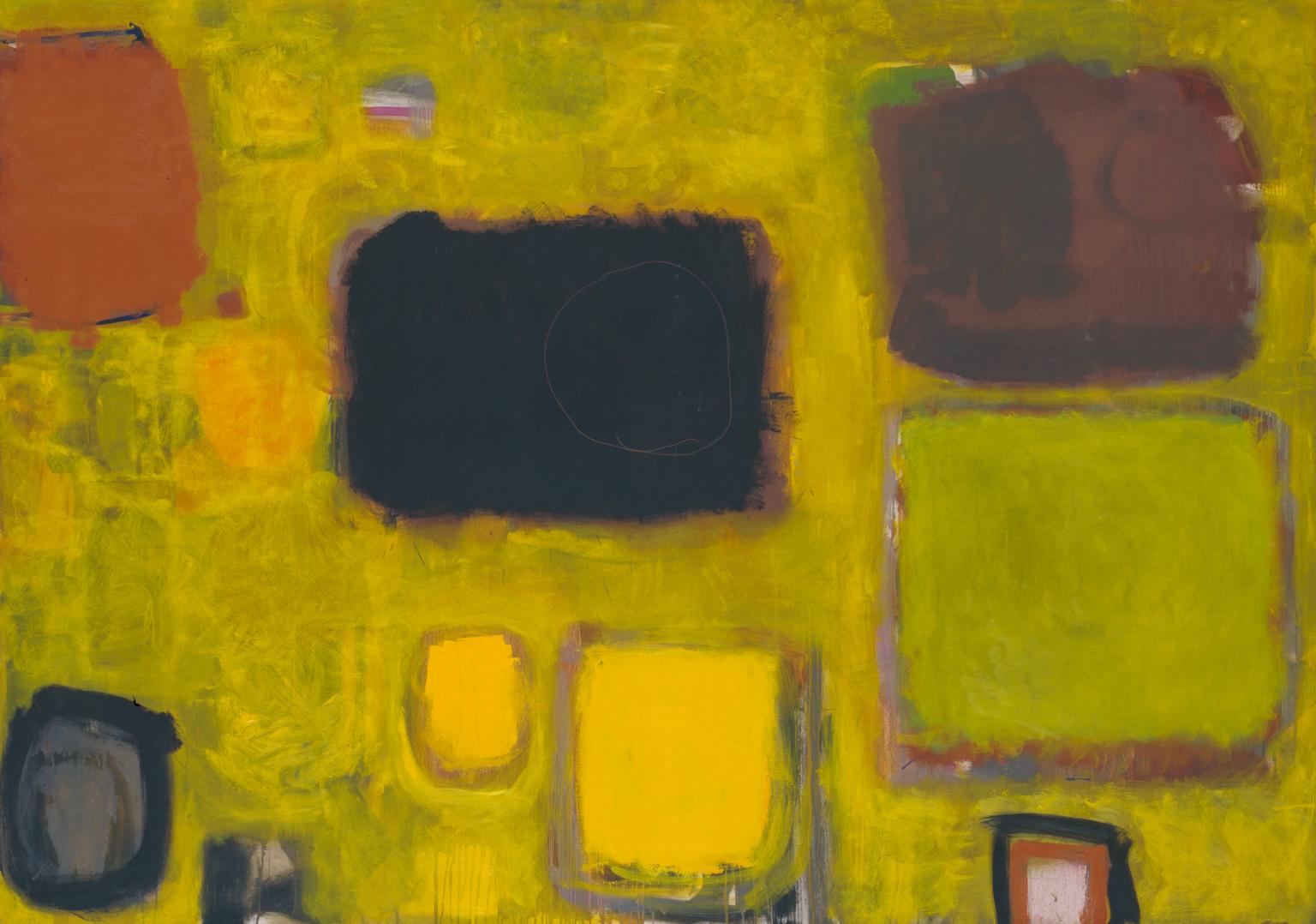 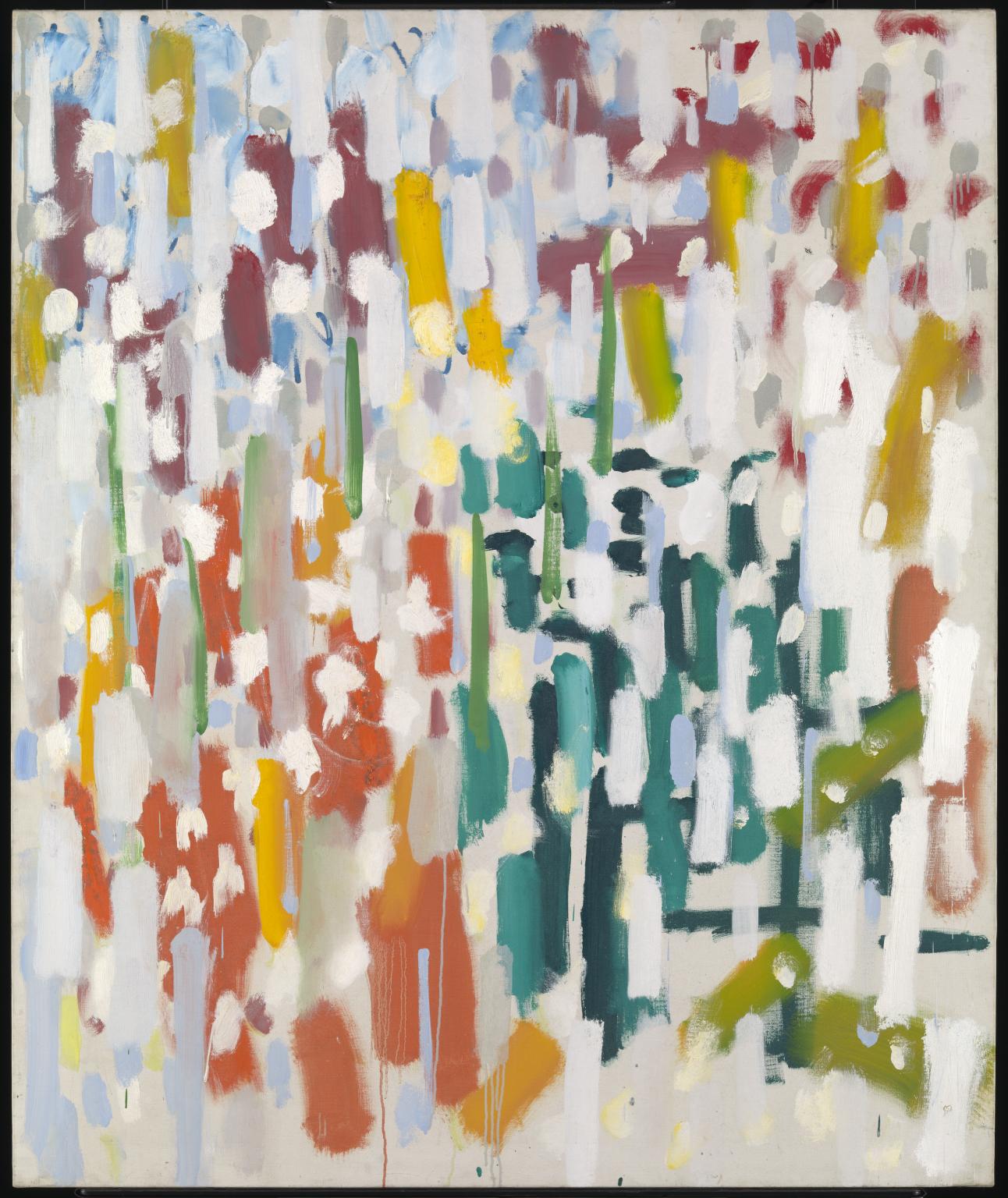 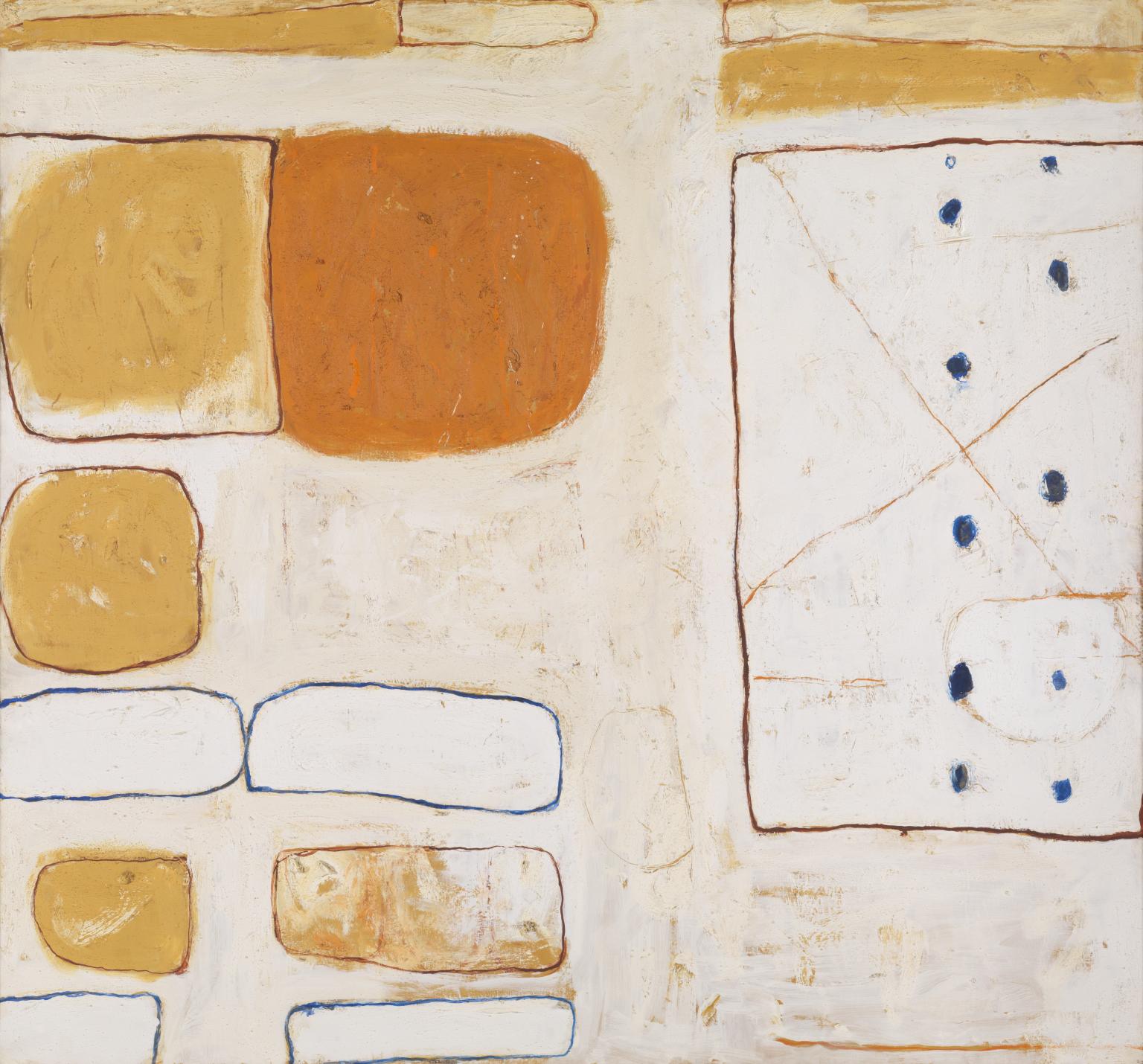 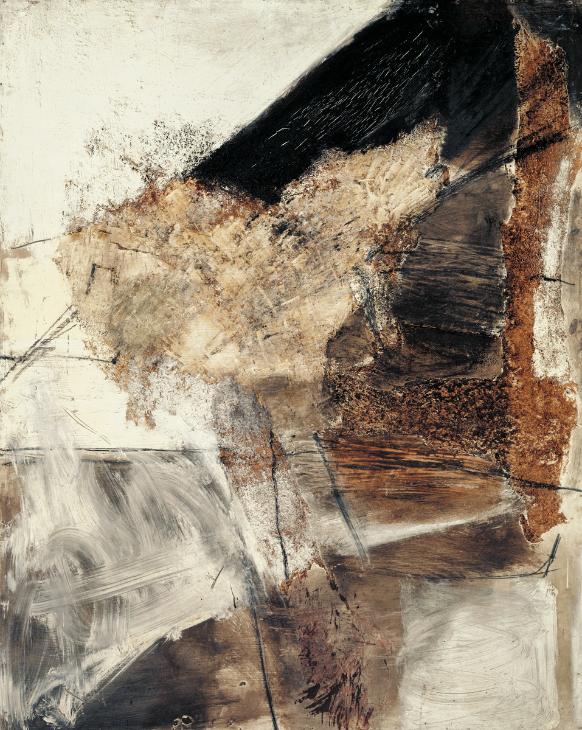 If you thought you knew British art, visit and think again … there is no better place to go

The Mail on Sunday