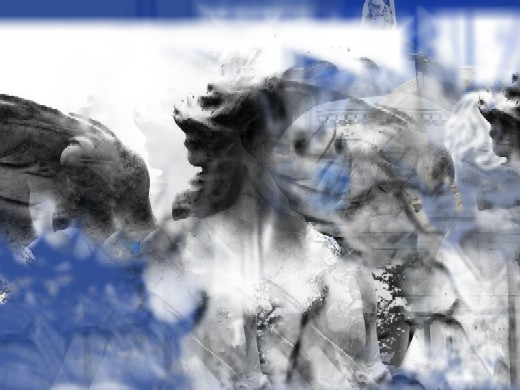 Noplace is a Net Art project focussed on notions of Paradise and Utopia, by Marek Walczak and Martin Wattenberg, who work together under the name MW2MW.

Walczak and Wattenberg reach out to unknown others with participatory 'Web 2.0' software and an algorithm to mine the public resources of the web.... systems and algorithms for soliciting creative participation in utopia/noplace, my space...

Wider access to technology and the Internet has allowed a broad spectrum of people the opportunity to articulate and circulate their own experiences, ideas and beliefs. ‘More video material has been uploaded to YouTube in the past six months than has ever been aired on all major networks combined, according to cultural anthropologist Michael Wesch’

These public archives have become an essential form of aggregated cultural memory. Those participating are leaving behind millions of temporal artifacts which are often taken up and reworked.

Noplace reuses material uploaded to the Internet under a Creative Commons license, in order to create new and original works, designed around an individual's input. Placing emphasis on the keywords or tags we use to describe those artifacts. 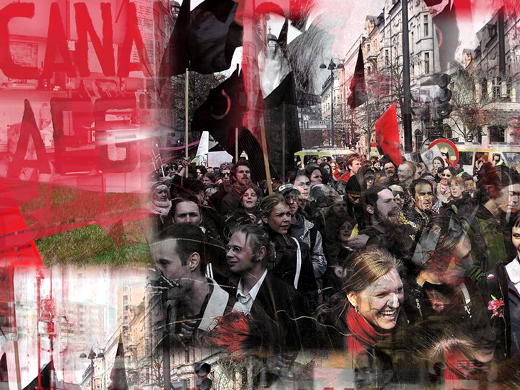 When visiting Noplace online, people can input a current desire or future goal. The website constructs a downloadable movie based on a visitor’s ideal sentence. Images and sounds are pulled from the Internet and used as raw data in the creation of visual narratives.

Launch the project by clicking on the link to the right above, in order review the work of others and make your own contribution.

Everyone has a concept of a winning ‘endgame’, whether paradise, heaven or a pessimistic distopia. Noplace is a website where, through user input, the artists create a video catalogue for concepts of Paradise. These Paradise types are endgames of ideological constructs such as a vision of a classless society or a scientist’s vision of a sustainable environment.

MW2MWis the collaborative venture of Marek Walczak and Martin Wattenberg. Walczak is a digital artist and architect engaged with how people can participate in physical and virtual spaces.Wattenberg is an artist, programmer and mathematician working in the area of data visualisation. The notion of architecture created from information has been an ongoing theme of their collaborative projects. Noplace is inspired by various architecture projects from the 1960’s, such as Cedric Price’s Fun Palace and Constant’s New Babylon.

Programming, sound and design for Noplace has been realised with the assistance of Jonathan Feinberg, Rory Solomon and Johanna Kindvall.

Technology: Live feeds are taken from the Internet using the RSS protocol. Each image and sound has its text-tags stored in a database. A Tag Sequencer finds relationships between these tags and streams these to the user based on their input. A program then takes these specific images and sounds and converts them into a movie, which the user can download.

Noplace may also be presented as an interactive installation, an immersive environment that uses projectors to form a virtual architecture around the viewer, in conjunction with a touch screen interface that enables people to alter the data being drawn into the display.

Go to the project website to create your own movie.

The Desert of the Digital

Other work by Martin Wattenberg