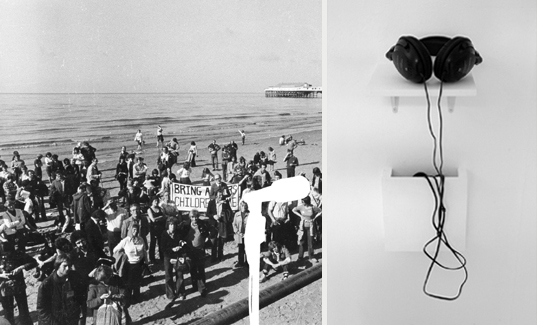 Ultra-red pursue a fragile but dynamic exchange between art and political organising. Through the performance of a militant sound investigation, the audio collective map contested spaces and histories as an articulation of social relations. Drawing on the formal strategies of early Conceptualism, We Come from Your Future facilitates a particular kind of discursive action whose performance of announcing and denouncing constitute an intervention. 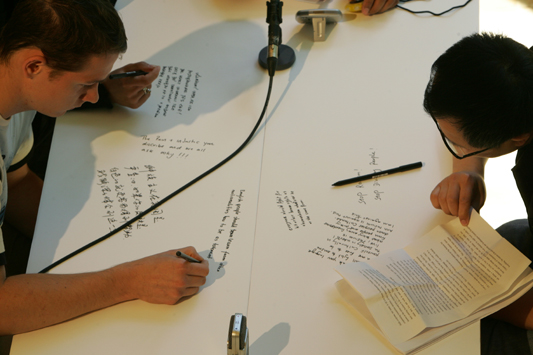 We Come from Your Future is comprised of two episodes in which Ultra-red ask, "What are the sounds of anti-racism?" Posing this question in the context of anti-racist and migrant organizing in the UK, the first episode features a set of dispatches that combine audio compositions with accompanying field reports. These online dispatches lead up to and inform an on-site event as part of the Triennial Prologues: Altermodern at Tate Britain on June 28.

As part of the on-site event audiences are invited to engage in a performative re-composition of the material generated throughout the investigation, adding their own reflections as a contribution to a common analysis. To view the performance gather in the Clore courtyard at Tate Britain, no booking required. To participate in the event from 12.00 - 15.00, go to the registration desk in the Clore Auditorium foyer. Capacity for participation is limited.

We Come From Your Future in two episodes: 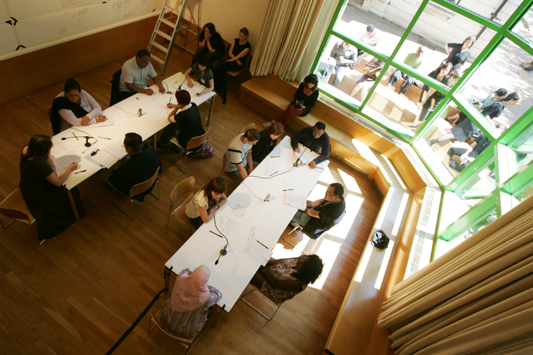 Photograph of Ultra-red performance, We Come From Your Future, © Tate, 2008

Online Episodes
Dispatches four to six are made up of contributions from various participants who are and have been engaged in the struggles of anti-racism in the UK. Each of these participants were asked to name one site that is historically significant in terms of their own political work. At each site Ultra-red have conducted a field recording. Participants were asked to contribute a question that they feel signifies the political, historical and cultural significance of the site recorded in the audio.

Together we ask: How do we bring diverse critical pasts into the present in order to understand the art(s) of future organising?

Accompanying texts examine the issues and contextualise each audio composition.

All online episodes are available by following the link above. 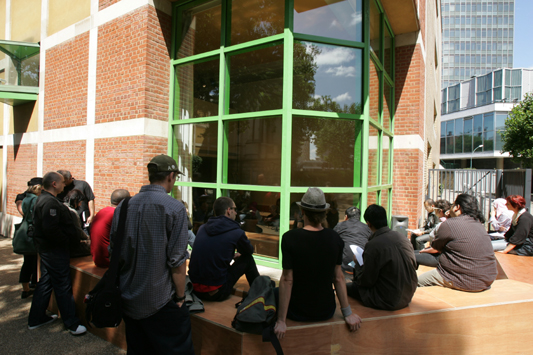 Photograph of Ultra-red performance, We Come From Your Future, © Tate, 2008

On site Episode
The final episode is rendered audible in a one day sound installation during the Triennial Prologues: Altermodern at Tate Britain. A combination of sounds, sites and histories converge to inform and create an ‘encounter’ - bringing divergent practices into proximity.

Individual Ultra-red members involved in We Come From Your Future include Manuela Bojadžijev, Janna Graham, Elliot Perkins, and Dont Rhine.

Follow this link for an introduction to the project by Ultra-red as well as links to all audio compositions and texts.

Sound political art, and the sound of our politics. Free archive of recordings and texts produced and supported by Ultra-red