Sea Pictures: Turner’s Marine Sublime and a Sketchbook of c.1803–10 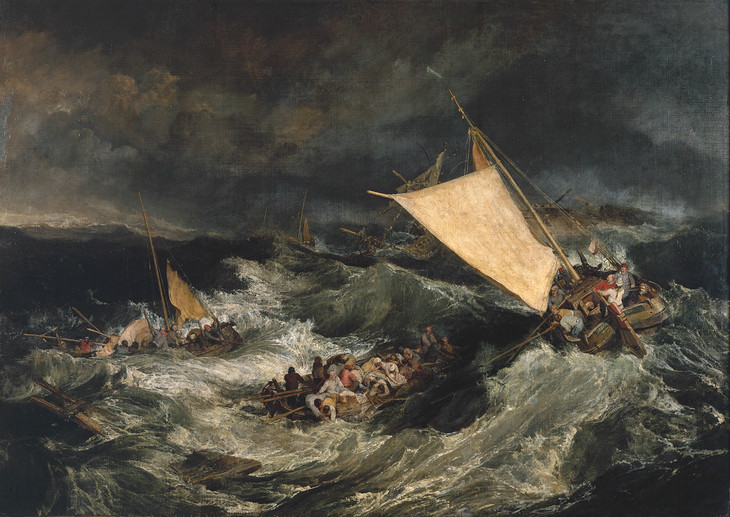 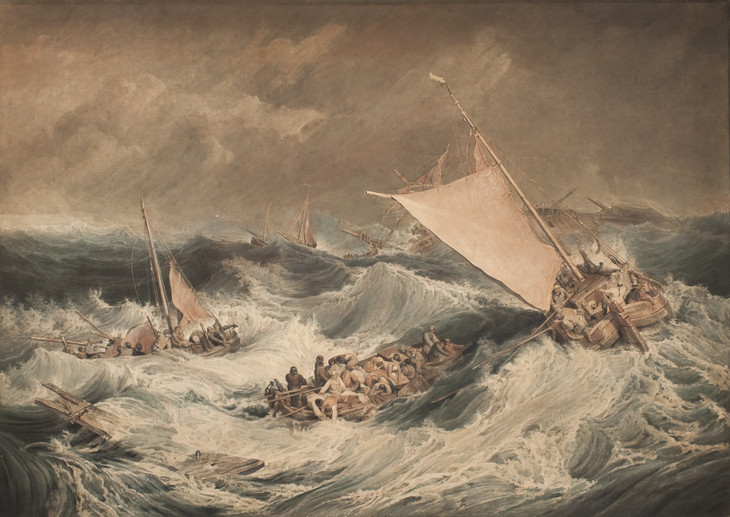 Charles Turner and Joseph Mallord William Turner 1774–1857, 1775–1851
A Shipwreck 1806–7
Mezzotint and watercolour on paper
590 x 851 mm
Tate P79356
Purchased with funds provided by Tate Grant-in-Aid 2008
P79356
Fig.2
Charles Turner and Joseph Mallord William Turner
A Shipwreck 1806–7
Tate P79356
J.M.W. Turner’s painting The Shipwreck (Tate N00476) is one of the artist’s largest and most intensely dramatic pictures, unmatched at the time of its creation in its depiction of the destructive power of the sea.1 Exhibited in Turner’s own London gallery in 1805 it was bought by Sir John Leicester, who had just begun forming a collection of British art which he hoped might eventually become the basis of a national gallery. In fact, in 1807, Sir John exchanged the picture for a different subject, allegedly because the death of a family member at sea had made it unbearable. In the meantime, the picture had been accessible to visitors to his gallery at his town house in Hill Street, Mayfair, and engraved in mezzotint by Charles Turner (no relation of the artist). An independent venture of the engraver’s, sponsored by subscribers including Sir John, the print was published in 1807. It was the first such reproduction of a painting by Turner and a landmark in its own right. Besides the picture, which came into the national collection as part of the Turner Bequest in 1856, Tate owns a superb proof impression of the mezzotint, with colouring and corrections by the artist himself (Fig.2, Tate P79356). 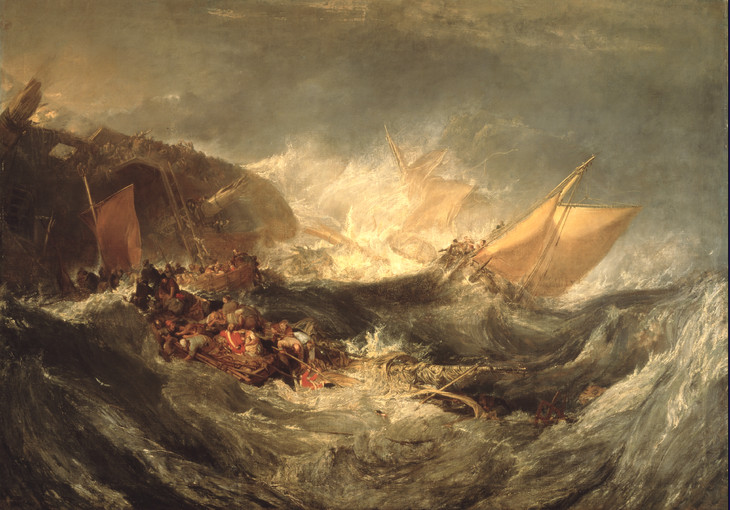