Wild Geese Over the Mountains: Melodrama and the Sublime in the English Imaginary 1933–9 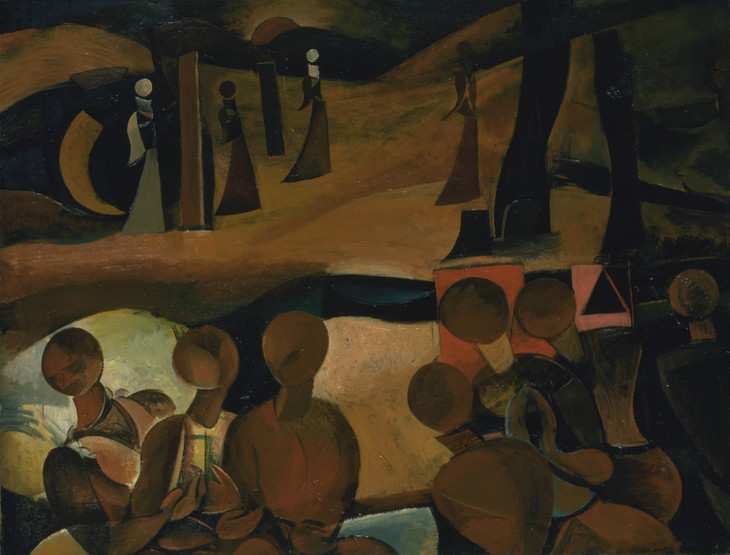 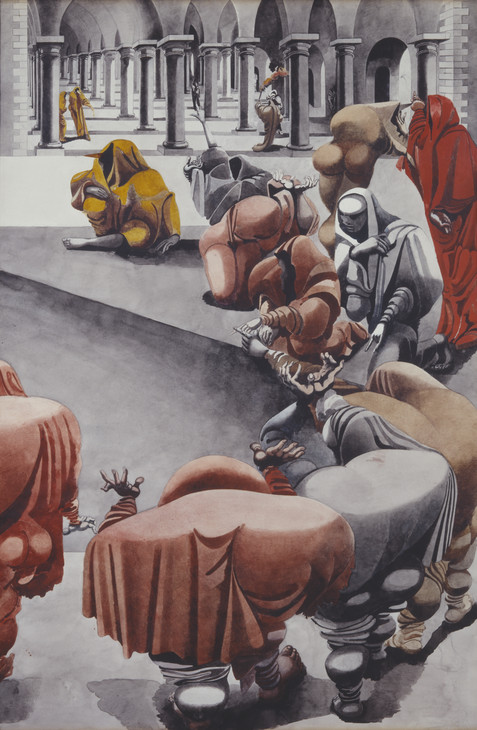 Edward Burra 1905–1976
[title not known] 1940
Gouache and watercolour on paper
support: 1022 x 698 mm; frame: 1120 x 792 x 36 mm
Tate N05166
Purchased 1940
© Tate
N05166
Fig.2
Edward Burra
[title not known] 1940
Tate N05166
© Tate
The stylised attitudes of the hooded figures contemplating stark, skeletal death in the disturbing diptych by Edward Burra, Wake1940 (fig.2) , are echoed in the long and desolate rows of columned space. To the extent that they are almost entirely faceless, they reinforce the sense of anonymity and spectatorship. Allegory and irony may try to create perspectives in which these crucial and impossible facts or intimations can be captured; and theatricality, sentimentality and satire may try to cut them down to a manageable size; but, ultimately, the sublime remains an uncanny and ungraspable presence. It retains its salience and its invisibility because it has itself become a sublimation: the sublimation of a historical moment, even of time itself. Time in art of the 1930s is so often allegorised as History, and History as a stage waiting for the denouement of a political melodrama, that it develops a patina of controllability. The rapidly sclerotising dogmas of Soviet communism promise a rational science of history, and a template for Progress. But the truth is that there was no script waiting to be enacted, no great conspiracy waiting to be unmasked, no singular or even binary future. Time, however hypostatised, is always the frontier of the unknown. Sublimated, as in Paul Nash’s painting Landscape from a Dream 1936–8 (fig.3) it becomes mountains, cliffs of fall, crowds, mirrors, frames, hawks, clouds, sea, history, death and material nature, and animates all the uncanny presences that haunt the rational anti-sublime of a melodramatic decade. 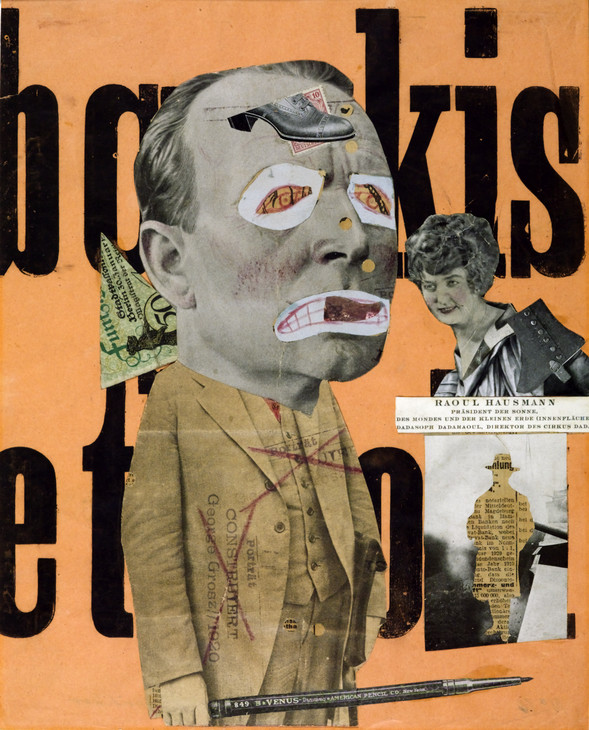 A version of this paper was first presented at the conference Wrong From the Start’: Modernism and the Sublime held at Tate Britain in November 2009, organised by the AHRC-funded research project ‘The Sublime Object: Nature, Art and Language’.
This essay was first published in issue 13 of Tate Papers in spring 2010. Other papers relating to the project can be found in issue 14.
Ian Patterson is a Fellow, Tutor, Director of Studies in English and Librarian at Queens’ College, Cambridge

Ian Patterson, ‘Wild Geese Over the Mountains: Melodrama and the Sublime in the English Imaginary 1933–9’, in Nigel Llewellyn and Christine Riding (eds.), The Art of the Sublime, Tate Research Publication, January 2013, https://www.tate.org.uk/art/research-publications/the-sublime/ian-patterson-wild-geese-over-the-mountains-melodrama-and-the-sublime-in-the-english-r1137739, accessed 27 June 2022.