Room 6 in Materials and Objects

Durham began his artistic career as a response to the civil rights movement. He was an organiser for the American Indian Movement (AIM) in the 1970s. As an activist, he fought against the racist policies and social injustices inflicted on Native American people in the United States. His art and writings are inspired by this commitment. Using assemblage techniques and the poetics of language, Durham's art playfully upturns the political and intellectual foundations of Western culture. These include the separation between the natural and the human-made worlds, and the linear narratives of time and history.

Most of the works in this room were first shown as part of Durham's installation at the 1993 Whitney Biennial in New York. He presented a series of sculptures that resemble guns and surveillance devices, alluding to modern methods of control and domination. These were crudely assembled using found objects and materials he had collected in his then-studio in Cuernavaca, Mexico. Durham then affixed texts with passages from Western literature. He described the final works as looking 'like a science fiction-type weapon as much as anything.’

The wall-mounted sculptures are reunited here with a floor-based work from the installation. They are displayed alongside a more recent work, Alpine Ibex, part of a series of sculptures made as an homage to animal species native to Europe.

This is a composite sculpture made from a number of found objects and materials, including roughly-hewn wooden sticks, bone and a Coca Cola bottle. It takes the form of a strange-looking trolley-cum-machine, the purpose of which is ambiguous. The work has a lengthy French title, Dans plusieurs de ces forêts et de ces bois, il n´y avait pas seulement des villages souterrains groupés autours du terrier du chef mais il y avait encore de véritables hameaux de huttes basses cachés sous les arbres, et si nombreaux que parfois la forêt en était remplie. Souvent les fumées les trahissaient. Deux de ..., which translates as: ‘In many of these forests and woods, not only were there underground villages grouped around the chief’s burrow, but also, one could find true clusters of low-rise hamlets hidden under the trees, often so numerous that the forest could be full of them. Often smoke would betray their presence. Two of ...’. The title is taken from a piece of found text discovered by the artist and is attached to the handle of the trolley on a strip of white fabric. The work was originally titled Untitled but this was changed by Durham in 2009 to the current title, as was his original intention.

‘I wanted to gather the skulls of the largest animals of Europe and bring them back into our world’, Durham has said, describing the resulting works as ‘animal spirits’. This assemblage of found objects incorporates the skull and horns of an ibex, a wild mountain goat found in the Alps. For Durham, the work is ‘more sculptural than representative’No animal was harmed for the purpose of creating this sculpture. The skull and horns were acquired from a licensed dealer, who only uses materials that arise as a by-product of food production or natural causes, and never from endangered or protected species.

‘Things that point. That was the first idea, and therefore the next thought was, ‘guns and cameras’’, Durham recalled. This series of wall-mounted objects resemble crude weapons and surveillance devices, collaging industrial, crafted and natural materials. They are titled with texts from works of western literature including the Christian Bible, and works by Homer, Virgil, John Milton, Johann Wolfgang von Goethe, Leo Tolstoy and Thomas Mann. Durham confounds the relationship between object and text, subverting traditional museum practice and western systems of categorisation. 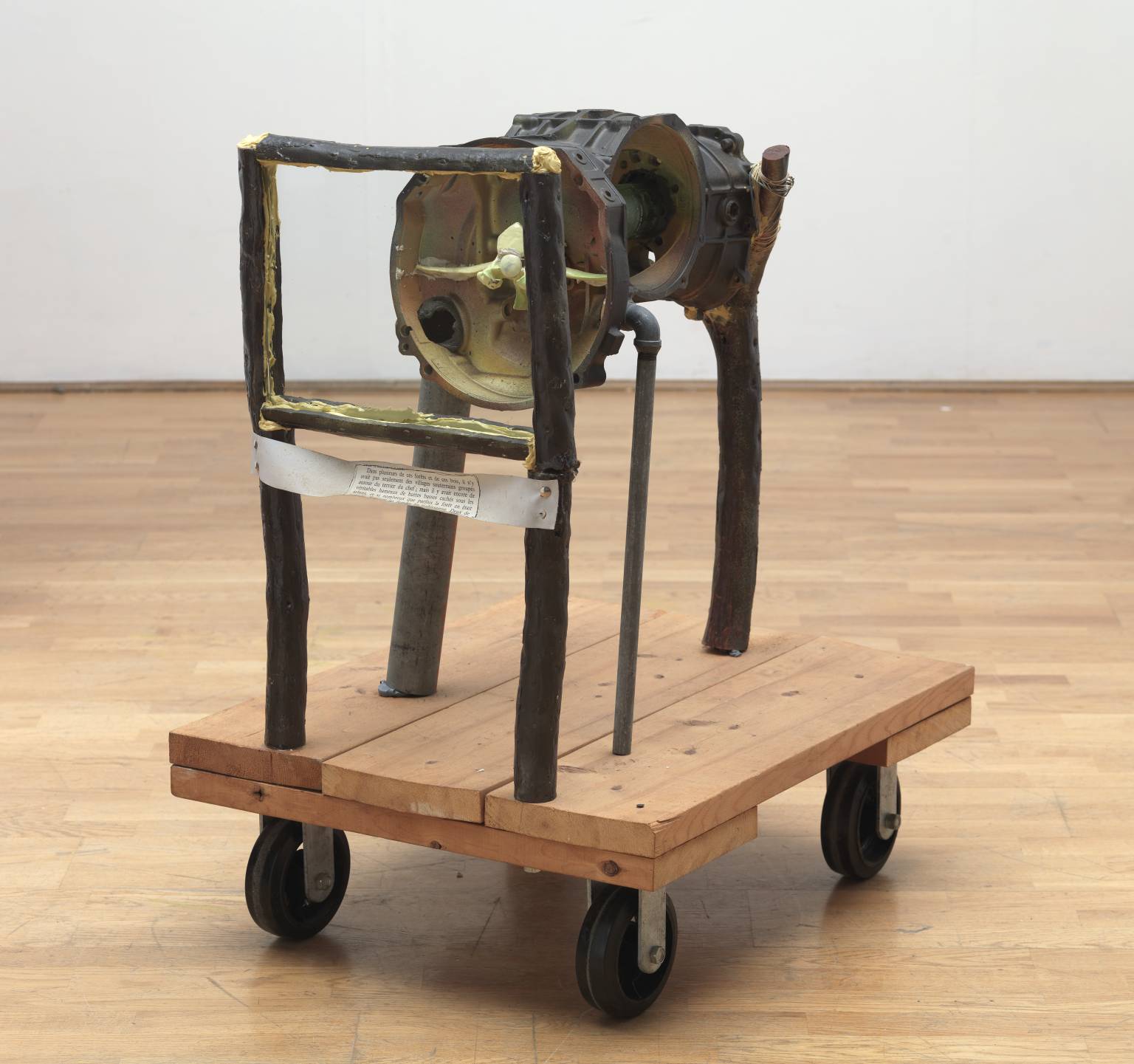 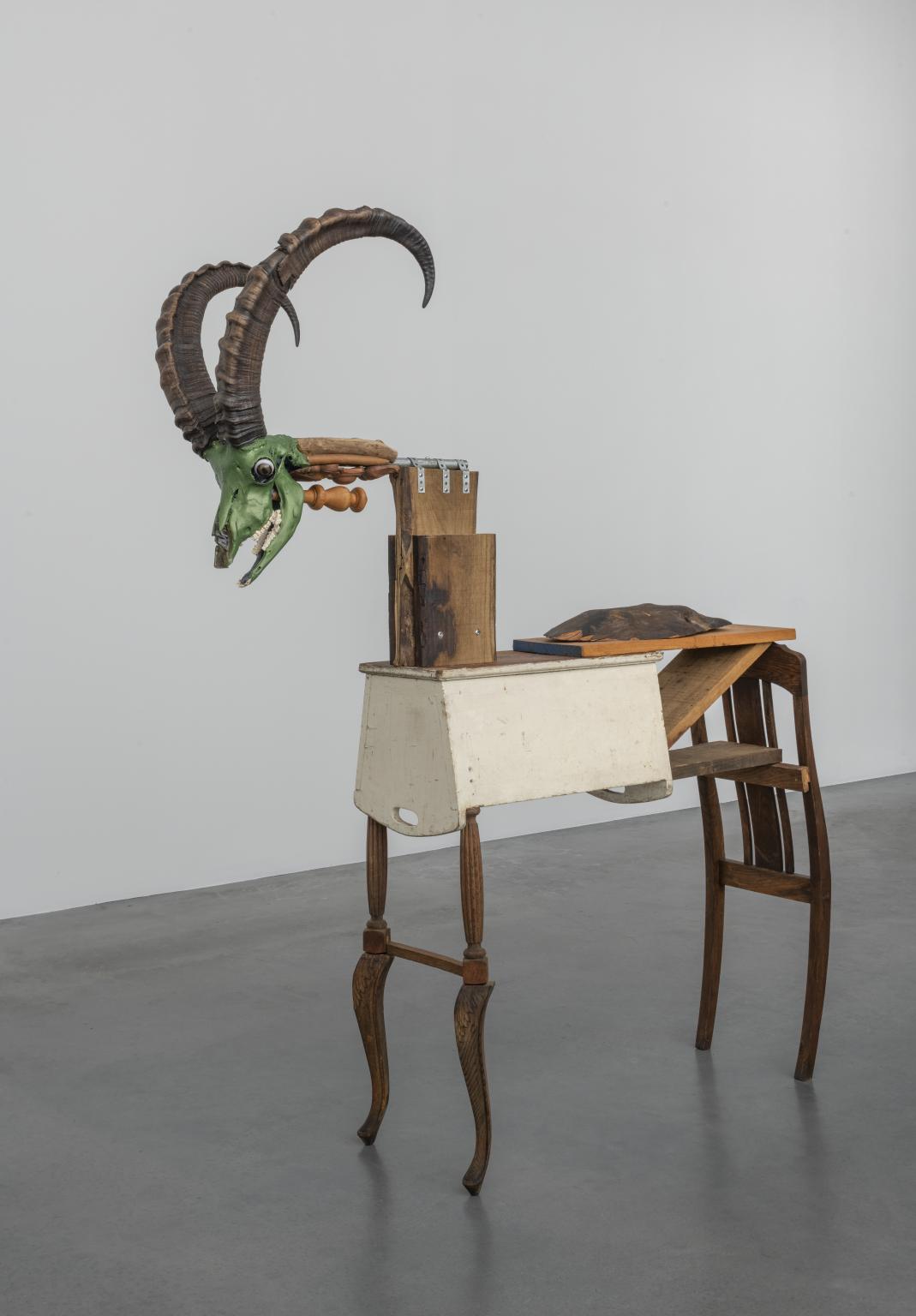 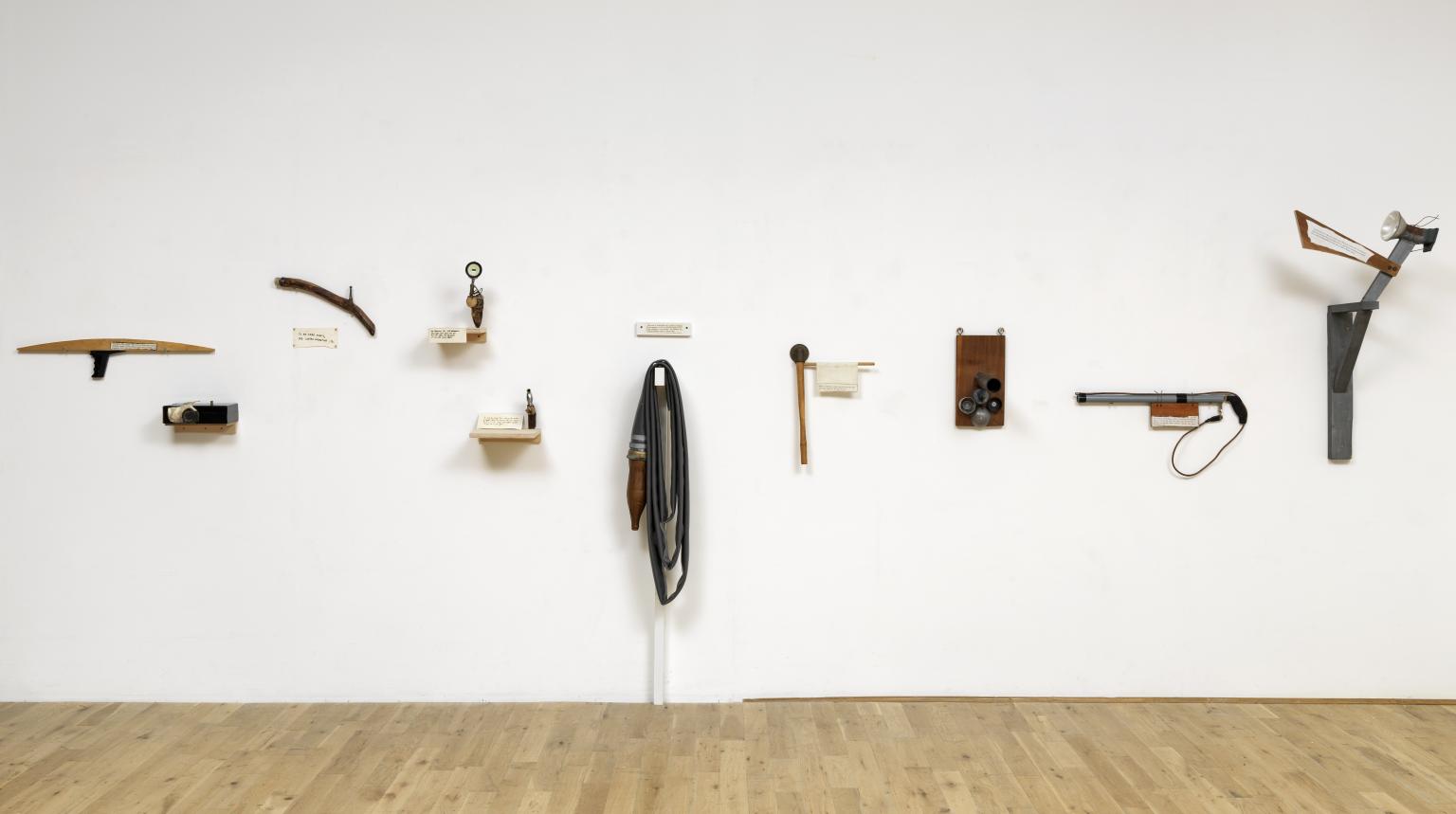