Room 7 in Artist and Society

How can art be used to disrupt and challenge patriarchal systems?

In Bosnian Girl artist Šejla Kamerić stares directly at the camera, holding our gaze. The overlaid text quotes graffiti by an unknown Dutch UN soldier found at an army barracks in Srebrenica during the Bosnian war (1992–95). Using the stylised poses found in fashion photography, Kamerić both challenges and embodies the soldier’s words. In this act, she stands for all women who have experienced prejudice because of their gender or identity. She hints at how women become markers of national identity, their bodies politicised as a way to uphold territories and borders. In her gaze, she asks us as viewers to be accountable for our own ways of looking.

Writing about her intentions, Kamerić said:

'We live in a constant war where the female body is used as territory. ‘Bosnian Girl’ is not me, but any girl or woman… anyone whose rights are denied. This work comes from Bosnia, but it tells a universal story of prejudice and bigotry.'

Bosnian Girl was first shown as street posters in the artist’s hometown of Sarajevo on 11 July 2003, the eighth anniversary of the 1995 Srebrenica genocide. In 1993, during the Bosnian War, Srebrenica had been declared a safe zone by UN Protection Forces. The town was heavily populated by Bosnian Muslims escaping persecution by Bosnian Serb forces. In 1995 the Bosnian Serb Army invaded the town. The resulting genocide and war crimes remain one of the largest failures of the United Nations to protect those under their care. Bosnian Girl became a symbol of these failings, carried on placards at marches and protests. Beyond this, Bosnian Girl suggests the patriarchal structures that work to define women, and the possibility of art to contribute to the emancipation from them. 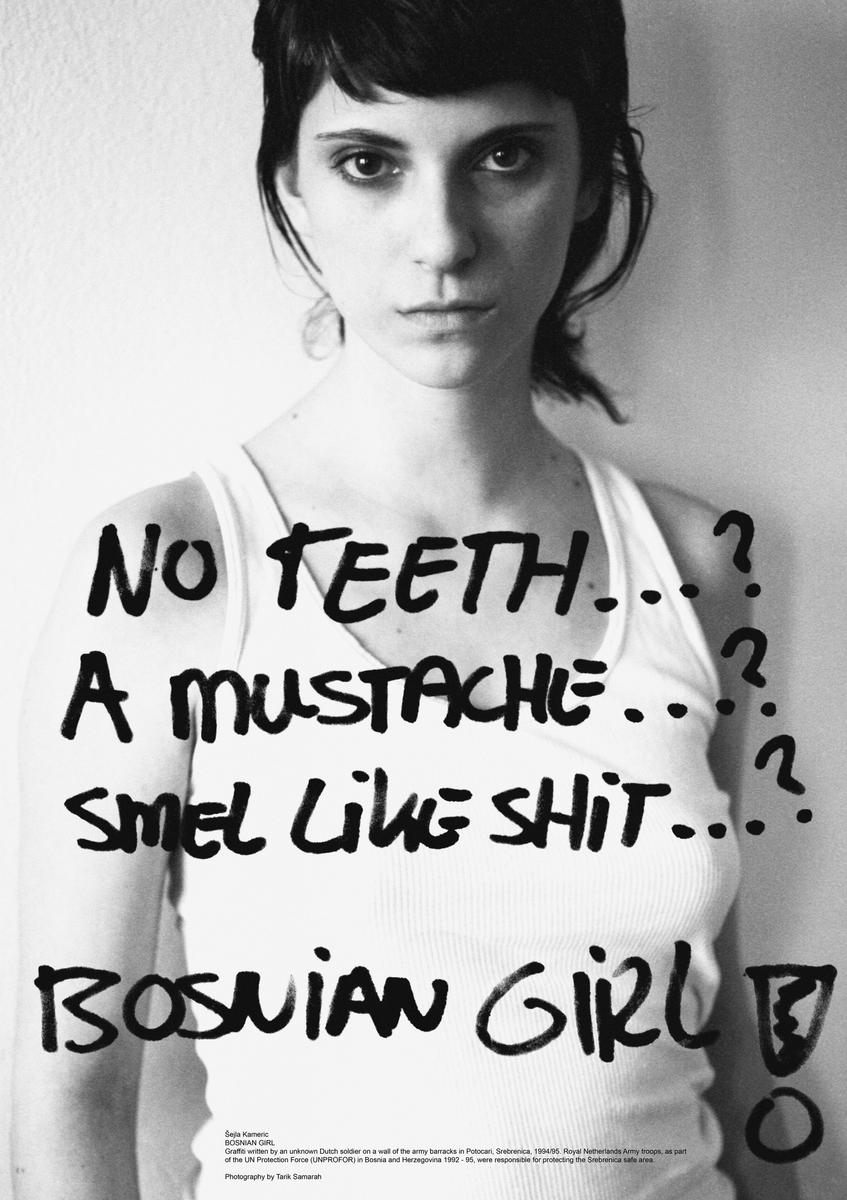