Room 7 in Materials and Objects

The reliefs in this room explore ideas of recycling and regeneration. The artists transform found and raw materials into carefully constructed abstract arrangements

In the late 1950s, Louise Nevelson started making reliefs by arranging objects she collected around the streets of New York City. She placed them in wooden boxes and crates which she then stacked against the walls of her studio. Black Wall is an early example of this approach, filled with pieces of scrap timber, such as joinery offcuts and fragments of furniture. The black painted finish unifies the disparate elements. Nevelson describes this practice as a form of collage, stating ‘I join the shattered world creating a new harmony’.

As a young artist in the 1970s, Leonardo Drew similarly gave new life to discarded remnants he collected from a landfill near his home in Bridgeport, Connecticut. He later used raw and natural materials to make abstract wall-based compositions. These works explore cycles of decay and regeneration, tensions between order and chaos and make implicit reference to African American history. In 112L, many hundreds of small pieces of wood are densely packed to form a rough square. Their irregularity maintains a sense of the organic within this carefully structured grid. In Number 185, long slats and logs protrude from a central grid, suggesting the force of nature disrupting the constructed world. Drew weathered and painted the wood used in these works to make them appear salvaged and charred. He describes ‘becoming the weather’ in his process of transforming the wood, emphasising our interconnectedness with forces larger than ourselves. Drew numbers his works rather than giving them descriptive titles. This allows viewers to create their own associations with their forms.

In the late 1950s, Nevelson began to make reliefs by stacking wooden boxes and crates, each of which would contain an arrangement of found objects that she collected as she walked around the streets of New York City. Black Wall is an early example of this approach, filled with pieces of scrap timber, such as joinery offcuts and fragments of furniture. The disparate elements are unified by being painted black, a colour which Nevelson suggested will make any material look more distinguished. 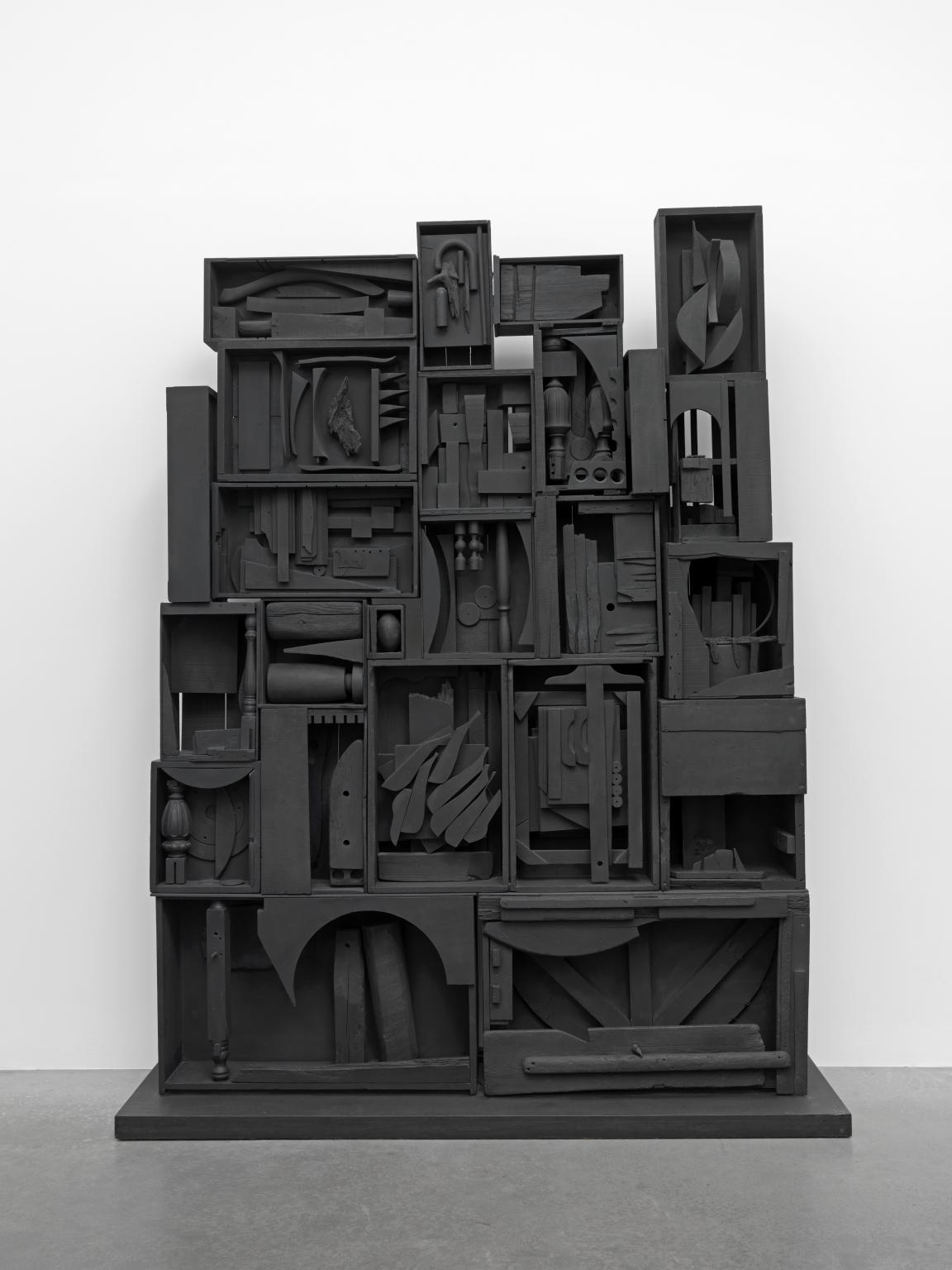 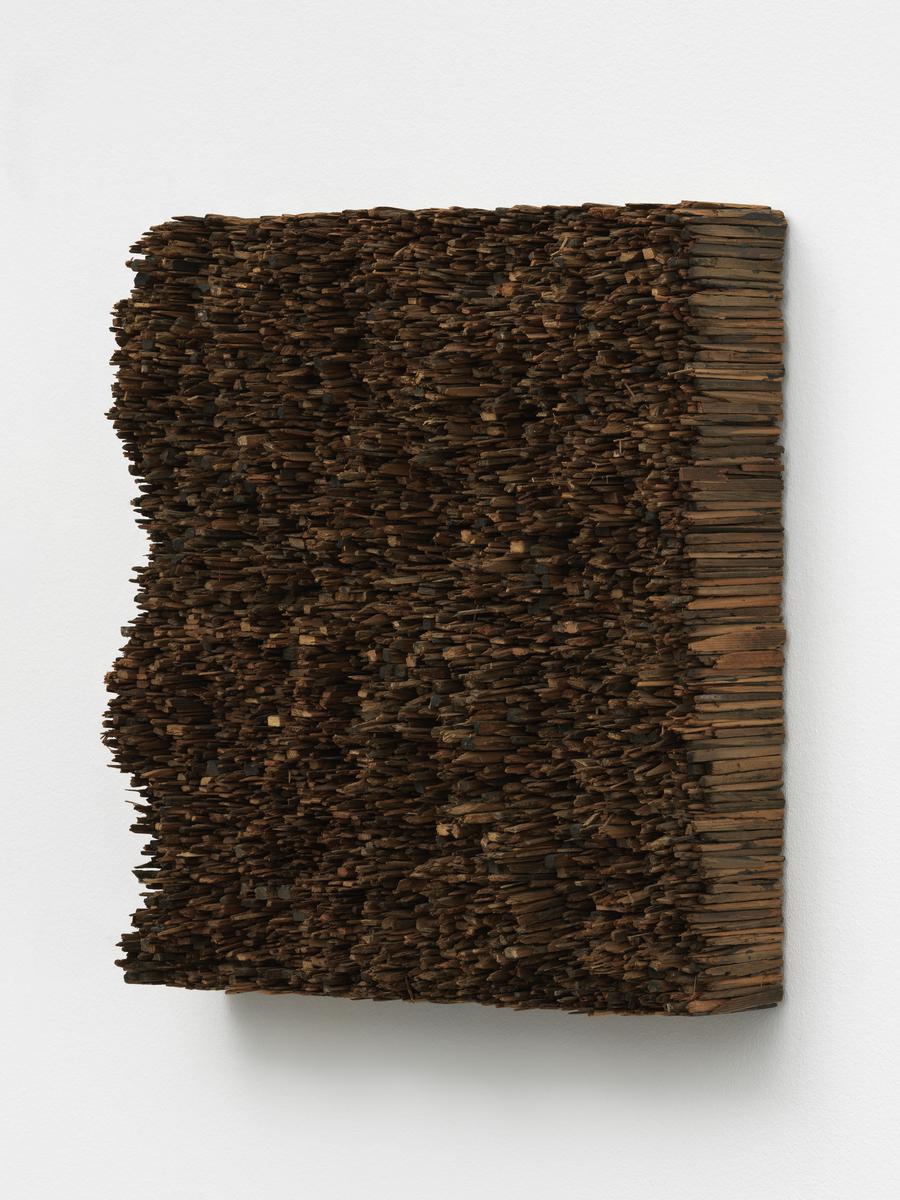 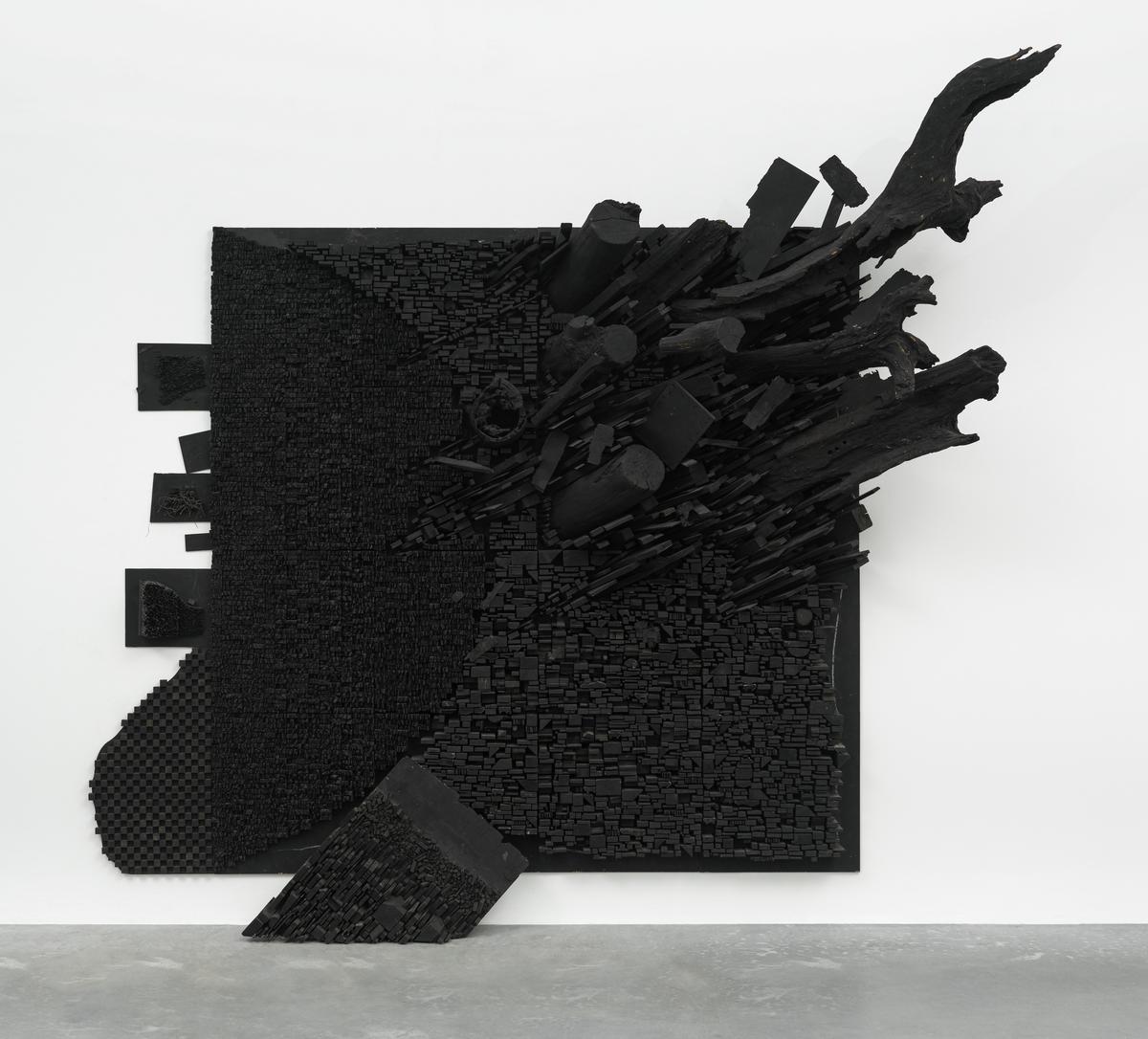