Room 3 in Performer and Participant

8 rooms in Performer and Participant

In 1988, Lee created a series of sponge-stuffed fabric costumes, which she used in some of her earliest performances. Their tentacle-like forms deconstruct society’s expectations of ‘well-behaved’ bodies. In Untitled (Cravings White) they also give physical form to the desires or ‘cravings’ that many keep private.

Untitled (Cravings White) is a reconstruction of the costume Lee wore during a performance held at the National Museum of Contemporary Art, Seoul, South Korea in 1989. Titled Cravings, it included three other performers. They moved around the museum lobby wearing Lee’s white, red and black soft sculptures. Microphones hidden inside the costumes amplified the sound of the performers’ movements. Documentation of Cravings is included in this display, alongside a slideshow of photographs of Sorry for suffering – You think I’m a puppy on a picnic?, a performance from 1990.

For Lee, artistic expression has always been a means of liberation. Growing up, she was aware of restrictions placed on her body and behaviour. Her parents were political dissidents who opposed the oppressive politics of totalitarian rule in South Korea. Lee also felt restricted by her education. While studying sculpture at university she felt pressure to produce work in line with European traditions. Her practice became a means to escape these expectations. Lee’s sculptures and performances express her desire for freedom of expression, as an artist, a South Korean citizen and a woman.

This is the reconstruction of a sculptural body-costume worn by the artist during her ‘Cravings’ performance at the National Museum of Contemporary Art in Seoul in 1989. Hidden microphones amplified the sound of her movements. Lee recalled that her ‘performances were a natural extension of my sculptural concerns’. She has continued to make sculptures, whose monstrous forms deconstruct ideals of the female body. In reconstructing Untitled (Cravings White) long after the original was lost in a studio flood, she reinforced the links between her sculptures and performances. 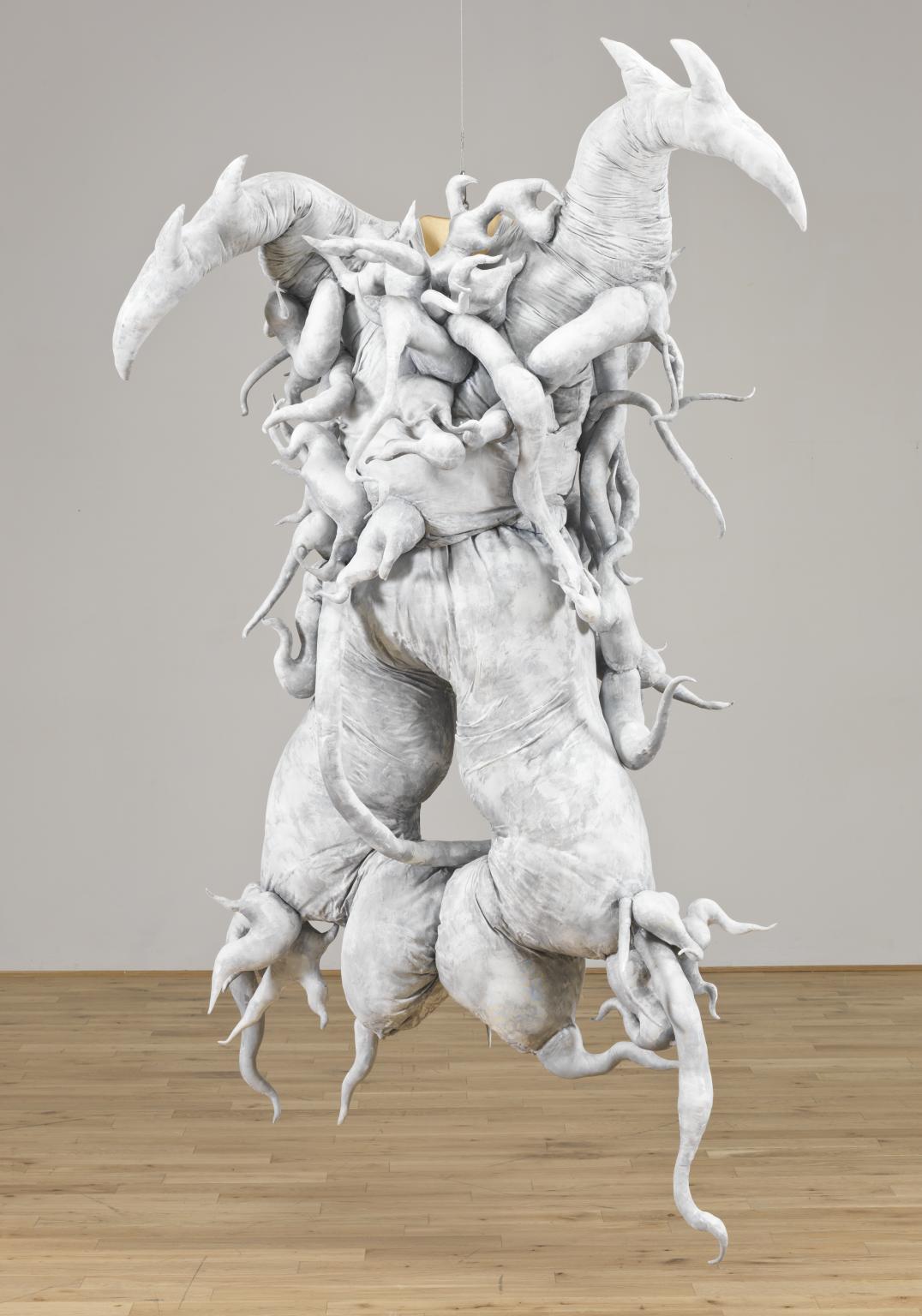