If Tate Modern was Musée de la danse? was a large-scale, two-day dance event hosted by Tate Modern in May 2015. Arising from Boris Charmatz’s exploration into his concept of the Dancing Museum – from which the ‘Musée de la danse’, of which he is director, draws its name –Tate’s structure and framework as a contemporary art museum was overlaid by a variety of dance invitations, choreographies, exhibitions and free spaces, in order to understand what a museum of dancing might look like, and to suggest where dance and choreography might already exist within the institution. Spaces throughout the museum, ranging from collection galleries to empty exhibition spaces and the expanse of the Turbine Hall, were used by dancers and artists to explore the history of dance, through their bodies and retrospectives of dance practices, both theirs and others. The public, where it would normally have been faced with static objects, was instead presented with living, moving bodies among the collection works, fracturing attention and changing the usual flow of movement through the museum space. At other points, the public could be found in collection galleries or on balconies and the Turbine Bridge, looking into the Turbine Hall in order to observe the performances from different perspectives. Ways of looking at and engaging with art within the museum were altered by the continued and widespread presence of living bodies among static artworks.

If Tate Modern was Musée de la danse? comprised a number of individual works creating a rolling programme of performance over both days. In the Turbine Hall, the event began with a public warm-up exploring the history of dance over the past one hundred years, with participants being taught poses or gestures related to particular movements or works. This was followed by a performance of one of Charmatz’s early choreographic works, À bras-le-corps, performed by Charmatz and Dimitri Chamblas. Individual performers of the next work Levée des conflits each performed a solo of the work, consisting of twenty-six sequential movements which made up the overall choreography. Members of the public were then invited to learn the twenty-six movements and perform a large-scale version of the work, before it was performed in full by the twenty-five trained dancers. The space was then opened up as Adrénaline, a free dance floor, before a group of volunteers, who had been rehearsing as a group, performed Charmatz’s choreography Roman photo, which took David Vaughan’s photographic documentation of Merce Cunningham’s life and practice as its source material. The works in the Turbine Hall finished with a presentation of Charmatz’s new choreography, manger, which explored dance through the mouth – singing, eating, and breathing – before the event ended. In parallel with this central presentation, in the collection galleries across the second, third, and fourth floors, twenty invited dancers were performed 20 Dancers for XX Century. Charmatz’s invitation to them had been to present, through dance and conversation, aspects of their own performance history, exploring the archaeology of their own embodied practice. In an empty gallery on the second floor artists, dancers and academics performed expo zéro, exploring what an exhibition without objects could be. The event as a whole was expansive and complex, and used the existing framework at Tate to explore what a museum could be when live art occupied its spaces in such an extensive way.

Charmatz’s aim with If Tate Modern was Musée de la danse? was not to demonstrate a canonical history of dance over the previous century, but rather to investigate how this might be done in a way which allowed the live medium of dance to remain live, present, and relevant. In 20 Dancers for XX Century particularly, there was a sense of artists exploring their own history, rather than seeking to place their own practice within a larger flow or progress of the medium. Each dancer was invited to present snippets of works which had been formative in their careers – works they had studied, performed, or created – against the background of Tate’s collection. The performers were invited to contextualise what they did for viewers, explaining which other dancers they had worked with, where they had first performed these works, how they had come to be involved in certain companies, or what particular methods or styles of dance meant to them. Visitors were free to ask questions, or even to learn certain steps or movements presented by the performers. This became a practice of body-to-body transmission of that history of dance, not presented in static images or through replayed video, but in the relationship between those dancing and those spectating, or even those dancing and those learning to dance; in this way, Charmatz’s invitation mirrored the very transmission undertaken more broadly in dance practice, which relies on the body, rather than the object, as the transmitter of knowledge.

Charmatz’s intervention into Tate fulfilled part of his ‘Manifesto for a Dancing Museum’ which declared that the Dancing Museum would be, ‘an incorporated museum [that ] can only develop provided that it is built by the bodies moving through it, those of the public, the artists, but also of the museum employees (attendants, technicians, admin staff, etc.), who bring the works to life, even becoming actors themselves.’1 In changing what the visitors to the museum were faced with in the collection galleries and spaces of the museum, not as a temporary ‘event’ but as a deeper exploration of the intersection between dance and museum, Charmatz engaged them in the act of creating the Dancing Museum. In doing so, he challenged the behaviours of the museum visitors, from passive spectators to engaged participants. In these cases the visitors made use of the spaces of dance created for them, or else were involved in the process of uncovering and understanding dance’s history, by being equipped to leave the museum and recount their own experience of dance practice further afield. Each visitor to the museum, thanks to the scale and scope of the work, had their own personal journey, encountering the 20 Dancers performances as they appeared in the various spaces of the museum, engaging with expo zero at different points of its exploration of themes, or varying between spectating and engaging with the visitor performance of Levée des conflits or the public warm-up. This helped, again, to present the Dancing Museum not as a static institution, shaped by curators, producers, or directors, but as a variable, changing, and malleable institution, shaped – as Charmatz hoped – by the presence of the living bodies, both of the dancers, the museum staff, and of the public. Charmatz used the existing framework of Tate, as an open, public space through which visitors moved and engaged with artworks, and applied the lens of dance, in order to explore how this altered the public’s expectation of what they would and could experience within a museum that incorporated dance and choreography into its structure. 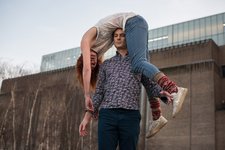 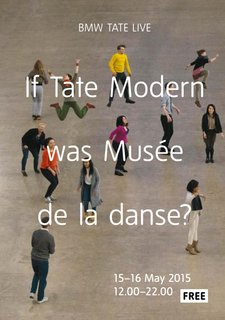 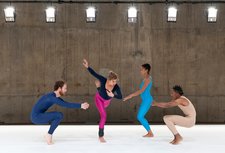